And it's that time again. Another year of releases... and another chance to make a list. Like the last one, these are the top games that I had fun with that were released in 2012. I still maintain that fun should be more of an important criteria in games and not whether it had the best graphics or was the most technically proficient game to ever grace our lives.

There may be some big omissions, but I can't help that; I can't be playing games full-time. One big omission, and a game I think I would have loved, is Journey. But I do not own a PlayStation 3 and the business world still insists on exclusivity. Another big omission is Far Cry 3, which I just have not gotten around to playing. I have never liked the Assassin's Creed series much and their latest instalment is set in a time period I consider quite uninteresting, so won't be here either.

So here are my choices, to agree or disagree with as you like! 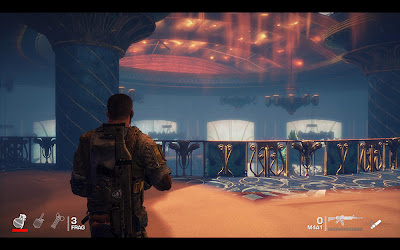 A military themed shooter is not my usual cup of tea; particularly one featuring cover-based combat. I have nothing against them per se, but it always seems to end up waiting for enemies to stick their heads out into your cross-hair. But even whilst halfway through, I knew this title would be the game I recommended most from 2012.

Technically speaking, it is not that impressive. The graphics are fine and the voice acting is good, but no matter how you spin it the combat controls are sticky and adds nothing original to an already overcrowded genre. So why is it here?

Because the storytelling is superb. You start in a standard, pro-american shooter and by the end you are questioning your actions, war, military-themed shooters and maybe reality in general. It excels at setting up situation after situation where you think you are choosing correctly, but looking back reveals the truth. There are greater devils than you in Spec Ops: The Line, but that ultimately provides little comfort. We need more games like this. 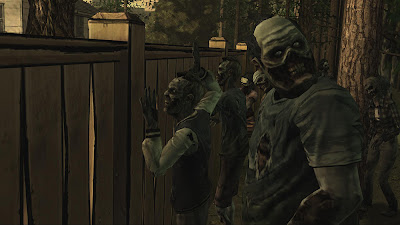 Zombies are becoming too commonplace. It seems everywhere you look artistic creations are featuring zombies. Surely another zombie story then can't offer us anything we haven't already seen?

Well, The Walking Dead actually does. Despite the predictable theme and despite the game breaking bug that took away all my progress (which I sort of managed to recover), this game truly achieves something special.

This has been a well talked about title in Video Game journalism. There is a reason for that; it is a true interactive storytelling experience. With believable characters, heart wrenching decisions, unexpected outcomes and more. If Telltale Games can continue this level of excellence (and fix the bugs), then The Walking Dead franchise will be remembered as one of the best. 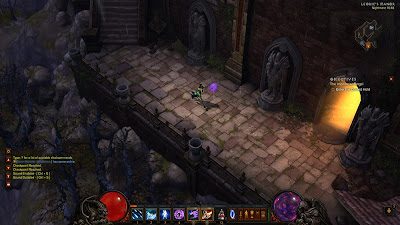 I feel that there is a lot of bad will towards Blizzard as a developer. Whenever they release an expansion for World of Warcraft, or in this case Diablo 3, there seems to be a section of journalism wanting it to fail, or have negatives.

This is commonplace in nearly all forms of journalism. Secretly everyone wants to find that diamond in the rough and will scorn the popular 'thing' that many like. Such people will use phrases like "for the masses" with total disdain.

Well, sometimes you just have to accept that a film that made a billion dollars, did so for a reason. And sometimes you have to accept that a game that sells millions of copies, does so for a reason too. No, the entire world other than you isn't brainwashed. Yes, there are better games, yes initially they had some server problems and I'm sure there are a myriad of other little negatives to highlight, but the fact is this game provided me, my good friends and millions of others hours of entertainment.

Yes, maybe Torchlight 2 to you is that diamond in the rough by the 'real' developers, but please get over yourself. 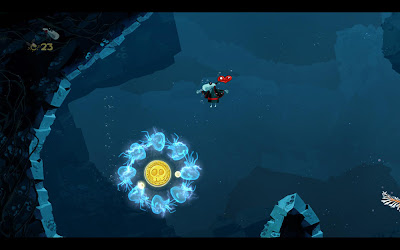 These days if I asked you to think of the 2D platforming genre you may think of Nintendo's many Mario games (or even early Sonic!), or the great wave of indie titles that has appeared over the last couple of years. And perhaps you may also say that the genre is comfortably full with different titles right now.

Well, Ubisoft thought there was room for an AAA game and not only were they right, but they did a fantastic job. Rayman Origins oozes so much charm, solid gameplay and fantastic visuals that it was kind of a surprise to everyone; including the developer. A product so good that it convinced Ubisoft to change their priority schedule a little. They even went the extra mile with the PC market and included no DRM as a sort of mea culpa for some of their previous actions.

Honestly I would not blame you if you were a sick of 2D titles, but don't forget that AAA developers have resources and budgets to pull of some amazing things. And sometimes, just sometimes, they do. 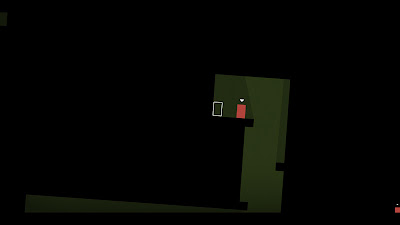 This was a tough spot to pick; there are quite a few contenders. However, when I objectively examined the amount of enjoyment I derived from the game, I realised this had to be number five.

Even though it is very short, those few hours were spent enjoying myself immensely. I feel it is a sign of a good title if you find yourself wanting to rush to experience more (rather than rushing to just finish it or 'get to the end').

Unfortunately, I don't think Thomas was alone will find its way to many 'best games of 2012' lists, and I find this is a bit disappointing. I have seen many glowing reviews of this game, and wildly positive comments from players - but it seems there has to be something 'more' to a game to be considered best of the year. Indie titles hardly ever make it to these hallowed lists, and the ones that do have to be exceptional. Well, in my opinion this game well and truly earned its place in my list.

I wanted to take the time to mention a couple of other games that didn't make the list, but easily could have if not for a few little things:

Darksiders 2 (review) was a game I really enjoyed. But it was let down by the story and repetitive nature of the tasks; which started to feel like story padding. The characterisation of the main character was amazing, and I would recommend it to anyone looking for a more action Zelda-like experience.

Dishonored (review) was also very good and had fantastic gameplay; smooth, well thought out and very interesting. The addition of the teleport ability was a breath of fresh air to the stealth genre as it removes one of the potential frustrations of waiting unseen for a guard to turn his back on a fixed patrol path. However, its story, characterisation and moral choice aspect really let it down; hence not on the list.

World of Warcraft: Mists of Pandaria is not here because it is difficult to compare an MMORPG to other games as I find them so conceptually different. However, in my opinion Blizzard has proven why they are still king of this genre. They've made some mistakes, like anyone ever does with a project this size, but it possibly is the best expansion yet and the game itself is in a good, polished and balanced place.

Alan Wake (review) was a good game, with very repetitive combat. Had an interesting story idea too, even though it was kind of just taken from famous horror books. Alan Wake is the best example of PC porting to date, making the cost of the porting process back within 48 hours. It is an outstanding port technically as well and shows that the PC market is full of paying customers, that will gladly pay when effort is made.

The hardest choice for me was whether to include Kingdoms of Amalur: Reckoning (review). That game is immense, great looking, has a fairly decent story and features solid combat. I think the reason it isn't here is because after about 40 hours I really had exhausted my interest in it and felt like the game was going to be the same for hours more. This is an example of bad pacing and is in comparison to Elder Scrolls: Skyrim which managed to entertain for over 100 hours in total - and I still don't understand how. I also think I am becoming disinterested in the 'fantasy elves epic' story theme. But even with all that, I would still recommend playing it as there is a lot of enjoyment to be had.
Posted by Vico

Email ThisBlogThis!Share to TwitterShare to FacebookShare to Pinterest
Labels: Opinion