One of my favourite pastimes is reading "Top X of Z" lists from other people, so now that I have my own microscopic space on the internet, I felt like writing one.

I consider these to be the top games that I had fun playing, released in 2011. Objectively, they may not be the best games but 'enjoyable' is not another word for 'perfect'. 2011 was a big year for video games and before people start pointing out the absence of something like Skyrim or Bastion... I've not got around to playing those yet! I only started seriously investing time in this recently and have a little catch up to do.

So forgive the big omissions (though Modern Warfare 3 or Battlefield 3 would not be in the list even if I had played them) and here are my favourites to enjoy and disagree with! 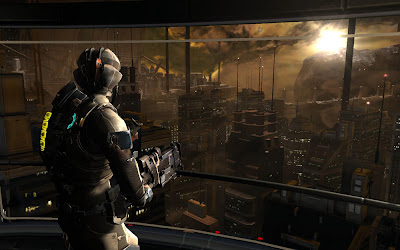 As a contender for my favourite game of all time, it is no surprise that this is at the top. I'm not entirely sure what about this franchise gets to me, but something does. There are scarier horror games and 'actioner' action games, but the blend found in Dead Space seems to fit me.

I consider the voice acting in this game some of the best I have seen and the plot, although a little formulaic, I still found very interesting.

Yes, the PC game was a bit of a mediocre console port but that is not enough to diminish the game. Revisiting the Ishimura did not feel like "rehashed" content, it felt like returning to ground zero. What it loses from the first game in terms of atmospheric horror, it compensates in plot and characters; as well as bringing a few quite hard hitting psychological-horror pieces. I don't care that it was obvious when a swarm of monsters was about to attack, if it was still fun to fight them! Also, the game managed to surprise me enough to not deserve the title of 'completely predictable'. 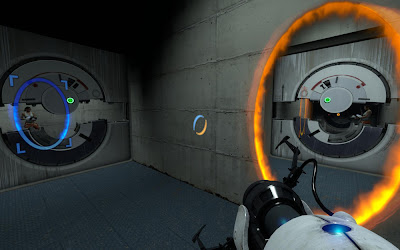 This game seems to be near the top of list of most people. However, it is not peer pressure that enticed me to list it but simply: I loved playing this game.

Not necessarily for the puzzles; which were frankly a bit easy - although fun. I also understand the criticism that the game seems to be split into two very different parts: the puzzles and the sight seeing tour.

However! It was the characters and humour that made this one of the most fun games of 2011. The script and voice acting was great. Cave Johnson is a fantastic new addition, and the actor chosen to play him was a perfect fit. Wheatley is an interesting addition; I didn't usually find him enjoyable but it never bothered me (and he was funny sometimes). GLaDOS remains one of the greatest video game characters ever created and this sequel diminishes that in no way - and even succeeds in adding some new depth to her. In a world of disappointing sequels, this is a shining exception. 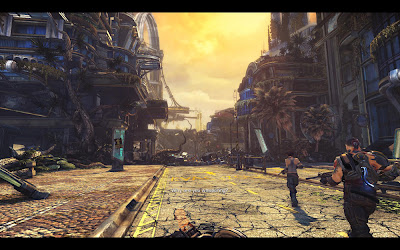 This might come as a surprise, since Bulletstorm is considered a failure in terms of sales, but I really enjoyed playing this game and I wish it was longer (especially in case no sequel is made!).

Yes, it is a very modern shooter with limited guns and very fast regenerating health but that doesn't automatically make it bad.

It is true that the humour is very crass but it was never trying to be subtle and the idea of a sense of humour that will be enjoyed by everyone is pretty absurd anyway. I found this fun because the humour made me laugh and I enjoyed the combat, even if it was easy; it was fluid, had weight and at times was really quite interesting. But most of all, I enjoyed playing in the fantastic looking locations with their grand-scale set pieces. I also enjoy characters that say believable, well acted dialogue relevant to situations, rather than the common: "go!" "move!" "grenade out!". The voice actor for the protagonist is Steve Blum, one of my favourites. 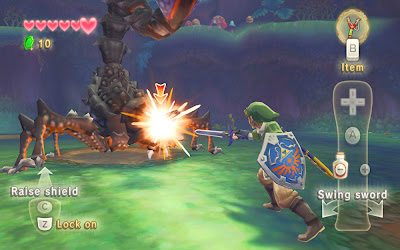 Perhaps another clichéd entry but I really did love this game. It certainly has its faults; reusing the same levels seems a little cheap and every enemy requiring the motion control (which for full enjoyment needed recalibrating every 15 minutes) wasn't great. I thought the new songs were fairly rubbish and far too many great ideas from old Zelda games have been removed ...

...but I just don't care! Nor does it bother me that the Wii has less graphical power than its competitors; since when did graphics determine the success of a game? Comparing the graphical power of 7 year old consoles is so pointless, especially when PC's sit so high amongst the graphical clouds.

Fact is, I am an old Zelda fan and this game hit those bases hard. I loved that they finally changed Zelda herself from being a clone of Princess Peach and gave her some engaging personality. I can honestly say this is the first Zelda game where I wanted to save her because of what happened, rather than just because "that is what I should be doing". The combat, exploration, story and characters reminds us what is great about the franchise and completely offsets the "oh, it's the Xth Zelda game from Nintendo, how original" argument. At least it did for me anyway. 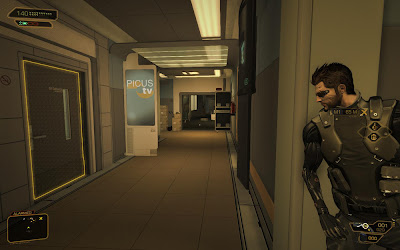 And finally...Human Revolution. I never played the original games, so I can't compare but judging this game on its own, I had fun with it.

Jensen is not the most identifiable character to grace a video game, nor is the plot but both have sufficient depth to immerse. The voice acting at times can seem a bit unemotional, but this seems irrelevant compared to how much spoken dialogue that is provided.

It is not a true sandbox game (but how many of those are there?) and I would call it a "situational-limited sandbox". You are given an objective and the developers have placed a lot of thought in providing multiple ways of achieving it. It is the kind of game where on a retry you can be surprised at discovering a completely new way of doing something: "oh, I can talk to the guard and bluff him to open the door" after you've just spent 4 tries trying to sneak past everyone, or on a previous try you just gunned everyone down. I like choice and this game certainly has it. The ending is a bit of a kick in the teeth but oh well, can't have everything.

Do you violently disagree? What were your favourites?
Posted by Vico

Email ThisBlogThis!Share to TwitterShare to FacebookShare to Pinterest
Labels: Opinion